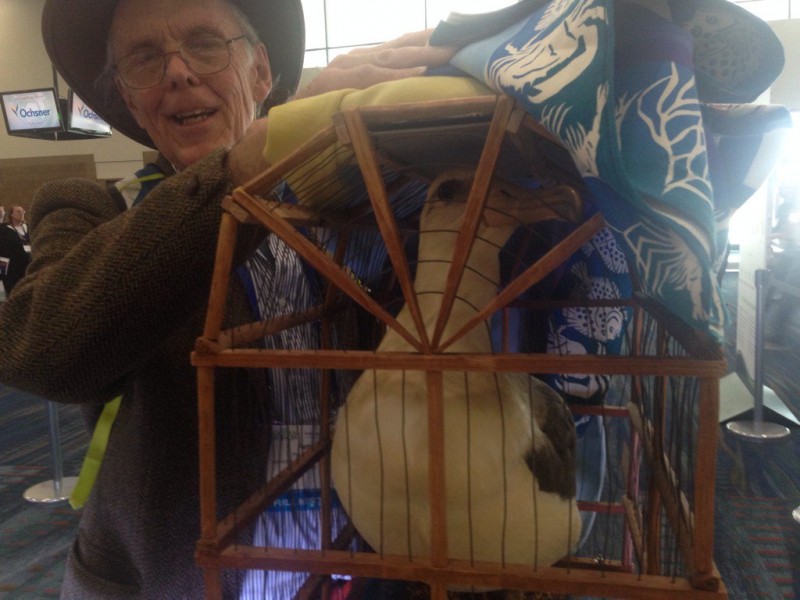 Thanks to the Challenger Society I was able to spend last week (end of February) in New Orleans, or NOLA as the locals call it, at the Ocean Sciences conference. This was my first time at this enormous international conference and it was a very exciting experience. It was kicked off by a plenary by Lisa Levin on oxygen minimum zones, which was very relevant to the work I was presenting there. This was followed by a drinks reception with a brass band, including a massive tuba, circulating through the crowds with a following of enthusiastic dancing conference participants. We anticipated that very few of these were British! 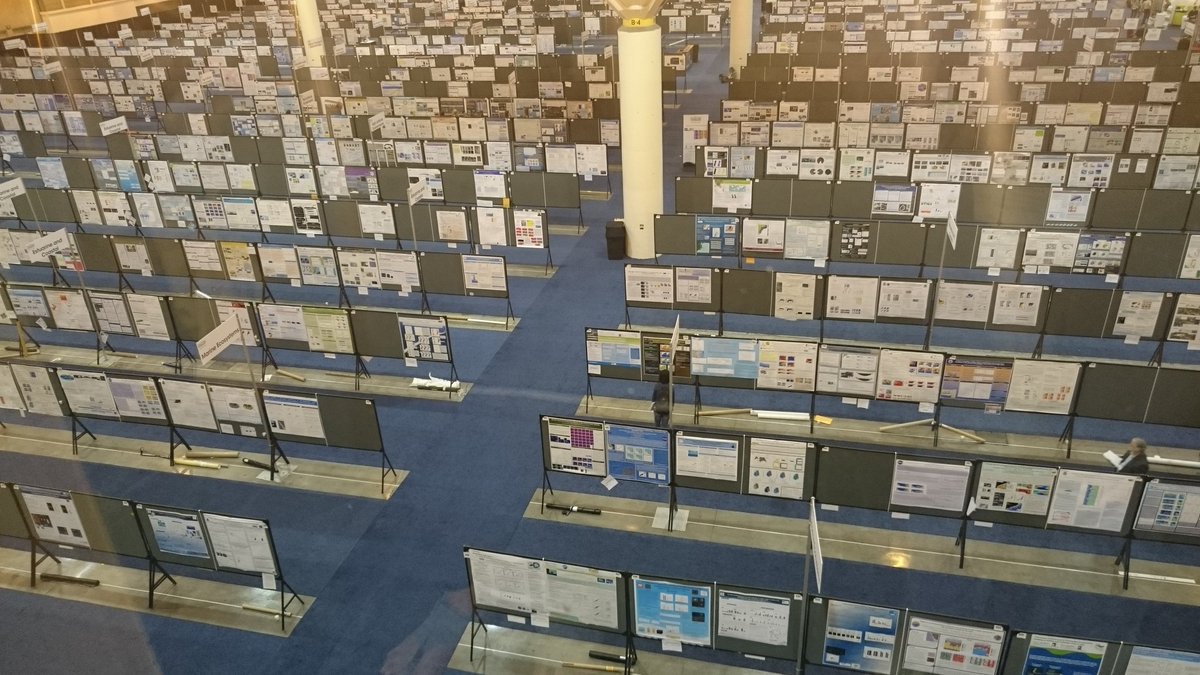 Once the conference officially began its vastness was easily appreciated. The poster hall was massive, containing over 3000 posters. At this point I was glad I had made mine stand out from the crowd. I can’t claim the idea was mine but I decided to take an oval-shaped poster (see picture) to the conference to draw people in, and I believed it worked! All of my 20 A4 hand-outs had been taken, plus some CVs, by the end of the week. This was the first time I’d presented a poster and it was a great experience to talk face to face with people about my work. As it’s almost ready to be submitted for peer-review I used this opportunity for people to, unknowingly, review my work!

As a biogeochemist the highlights for me were sessions on the biological carbon pump, nitrogen cycling and stoichiometry, plus getting to see the American ‘giants’ of the field present, which I wouldn’t usually see in the UK.

One of the plenaries was by Professor Corinne Le Quere (FRS) who actually streamed her talk from UEA. She spoke on the ocean carbon cycle and apparently UEA have a policy limiting excessive travel that contributes to increasing fossil fuels in the atmosphere. I think this is a great idea as it is somewhat ironic that thousands (> 5000) of climate scientists fly half way around the world to discuss our oceans and climate! I expect or at least hope we will see more scientists opting to follow suit in the future.

Although I didn’t fall in love with New Orleans, I did appreciate the tropical weather and I had a fantastic week catching up with non-UK colleagues, discussing science with so many people, furthering my current work and even discussing potential job opportunities! Thank you so much to the Challenger Society for this travel grant as I really wouldn’t have been able to make it without it. Bio: Emma is a final year PhD student at the National Oceanographic Centre, Southampton, where she also completed her Masters of Marine Biology degree. She studies the organic carbon cycle in the ocean, specifically sinking particles and how they are remineralised. This work has taken her on many cruises including to the Southern Ocean and equatorial Pacific. Emma has a passion for science-policy and took 3 months out of her PhD to work in the Royal Society’s Science Policy Centre. Other research interests include the application of the Metabolic Theory of Ecology and the presence of microplastics in the ocean. Outside of research Emma has been actively involved in organising events such as the Challenger Society’s 7th AMBIO conference held in Oxford, January 2016, and the Pint of Science festival in Southampton, 2015. Twitter style post: Thanks to @ChallengerSoc for the amazing opportunity to attend #oceansciences #osm16! What a fantastic week :)